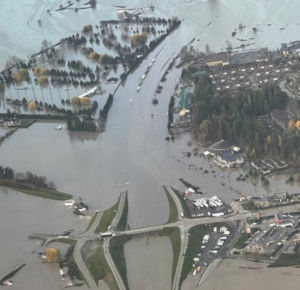 November, 2021, brought British Columbia terrible storms, floods and mudslides in what already has been a year marked by a heat dome and wildfires. Hit particularly hard was the Fraser Valley, Merritt, Princeton and numerous First Nations communities.  The stories of neighbours coming to the aid of those in distress are inspiring. Co-operatives have also been there to provide help in their communities. 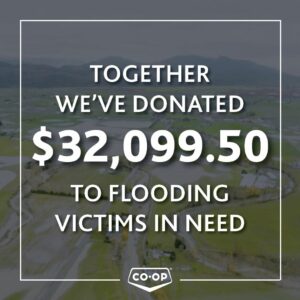 Otter Co-op and FCL donations collected for those in need as of Dec 2nd, 2021

In this show, we hear from Jack Nicholson, CEO Otter Co-op. Otter Co-op has been serving the Fraser Valley for 99 years. Many Otter Co-op members were affected by the flood and stores closed. Otter has been fund raising for the Red Cross efforts in the regions!
There was wide support from Credit Unions after the floods. We hear from VanCity Director of Community Investment, Andrea Harris, about the Vancity Community Foundation’s Humanitarian Fund. This unique fund has been used on a number of occasions to assist communities in need. Find out more on the Vancity Community Foundation and how Vancity is thinking (rethinking) about climate change.
In the latter half of the show we get an update on affordable housing with Marika Albert of the BC Non-Profit Housing Association, in conversation with James Mainguy from Vancouver Co-op Radio’s The Pulse, morning news show.

If you would still like to help the victims of BC’s floods please visit – https://www.vancitycommunityfoundation.ca/give/donor-advised-funds/vancity-humanitarian-fund
By Robin Puga|2021-12-15T15:26:27-08:00November 30th, 2021|Show|0 Comments